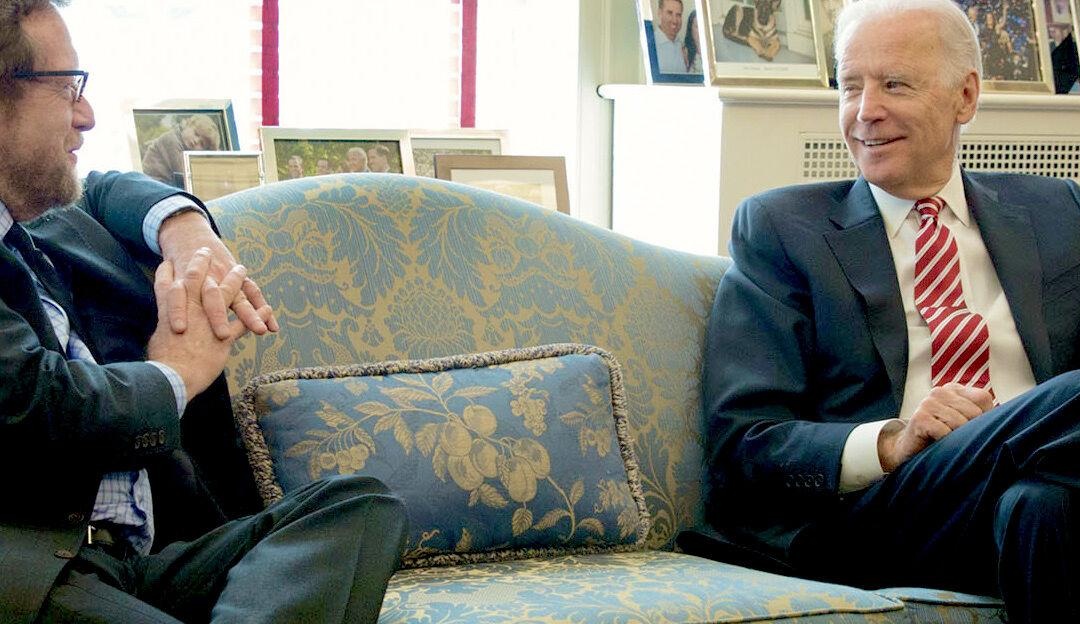 In my previous life working in NYC in video production from the late ’80s to mid ’90s, I had the honor of working with legendary political consultant Joe Slade White. He used our audio engineers and editors almost exclusively during the campaign season.

There was one particular campaign where his candidate was a newcomer running against a popular incumbent, and Joe had to come up with something really groundbreaking, and of course, he did. I had the honor of running Chryon for this spot, called “Bodyguard”. The animated text was my contribution.

The spot worked, and our candidate won, and Joe would win a “Pollie” (Best Political Ad) for it.

Later on, the BBC came to New York to interview Joe about this ad that had ousted the incumbent, and although you can only see the editor Steve in the edit room portion, I was there when it was shot!

Here’s another story by CNN talking about how important the right voice is in political ads. Joe always worked with the also-legendary voice actor Alan Bleviss, whose incredible voice could be heard on everything from movie trailers to national commercials and of course, Joe Slade White political ads. He was known as “The Voice of God” and if you ever heard him you would know why. It was a great day when Alan came down after finishing an audio session to our edit suite to visit with Joe. I was truly in the company of giants.

And here’s one last of Joe’s favorites – we used the footage to make several different spots, but this long-form version made in 1992 is one of only 2 spots from that era still on his highlight reel today, and I’m honored to have been a part of it.

A veteran of over 400 political campaigns, Joe Slade White is recognized by consultants and candidates of both parties as one of the most creative television consultants in the country. He has served as Vice President Joe Biden’s media consultant for over 20 years. He has won more “Pollies” for excellence in television (called the “Oscars of politics” by Esquire Magazine) than any other consultant, and in 2014 his peers named Joe Slade White “Democratic Strategist of the Year”.

Working with Joe in NYC in the early 90’s was one of the highlights of my career. I am honored that both the “Bodyguard” and the Ben Nighthorse Campbell “Bio” spots are in Joe’s highlight reel on YouTube, and am thrilled to see this BBC story on him. It’s amazing to me that even these (very old and not nearly as slick as ads by today’s standards) are still considered among his favorites after all these years.

I am so very saddened to learn that Joe passed away in May. He was still working right up to the end.

Rest in Peace, Joe, and thanks.