Tell Me Your Story… 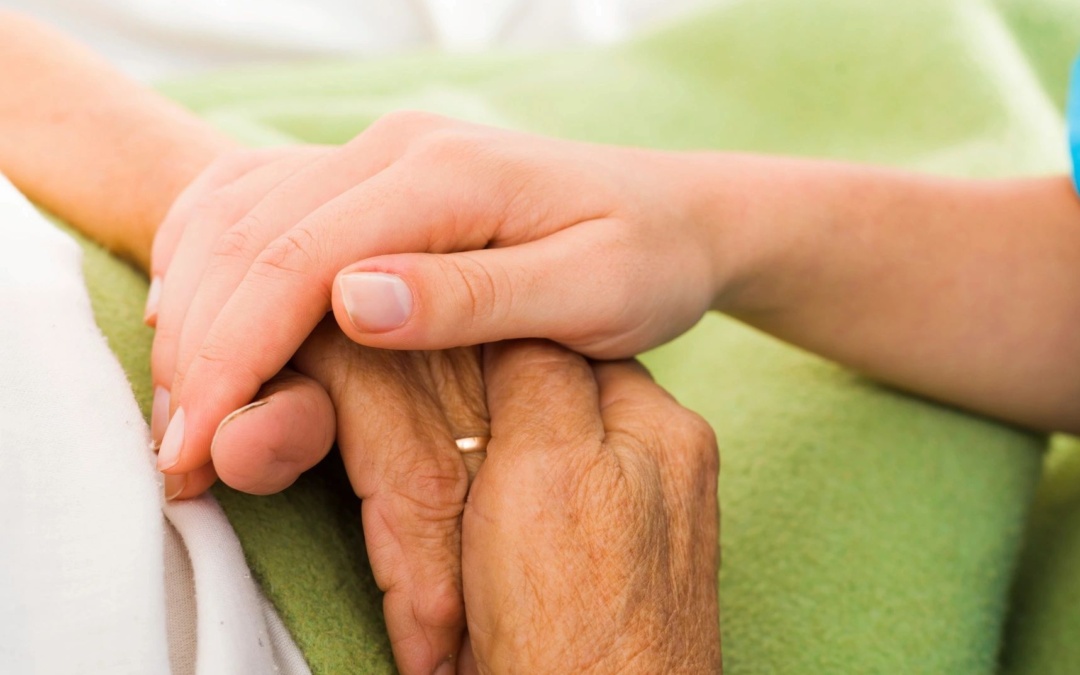 …But first, I’ll tell you mine.

“The worst words in the world…”

I come from a long line of family historians and storytellers. As a child, I grew up hearing my grandfather telling stories about his father, but I never really paid attention because I was busy playing with my cousins. My mom and her brother took over the storytelling role when he passed away, but nobody ever got good quality video of them either.

When we were in our 20’s, my husband and I moved far away from our hometowns in North Carolina, where our parents still lived. We built a business and started our own family, and went back for summer and Christmas vacations, but the visits were always rushed; more about family feasts and playing with the grandkids. We never thought to get videos of anything but the kids opening presents under the tree.

On one summer trip in 2004, my Dad and I drove to see his sister an hour away. In the car, we finally got to talk about his past, his time in Korea, and how he had just gotten into genealogy and was excited to be finding out about his family stories. I remember thinking while we were in the car how I wished I had a video camera to record our conversation. He had even located his grandparent’s old farm in the Appalachian hills, and I asked him to take me out to see it, but the day got away from us and we didn’t go. “Oh well, when I come down next summer let’s do it” I said.

But the next summer, he passed away before we could go; before I had a chance to get him on my new video camera telling me about his long-lost relatives.

When my Mom was diagnosed with cancer 5 years later, I was determined to get her on video telling her favorite stories and identifying photos from her childhood. I was able to get a few, and will always be thankful that we had that time together, but it wasn’t enough. We didn’t plan it out properly, so the videos were blurry and the audio hard to hear, but at least I have something. 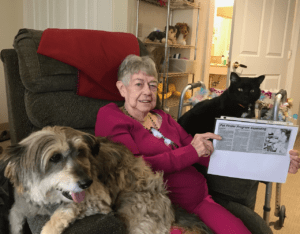 Later on, Mom moved to a senior living community closer to me and I always intended to get some more video, but it never seemed like we could coordinate when she was feeling up to it. I got lots of videos of her enjoying group sing-alongs, but not enough of the quiet moments in her room, just the two of us. “I’ll be sure to do it next time I come,” I thought to myself each time.

But then, memory loss stole our chance. Before I knew it, she had lost the big stories of her life – when she got her first dog at age 5; how she learned to play piano by getting her best friend across the street to teach her what she’d learned after her weekly lessons; how she met my Dad; memories of her father telling stories about his father; how she founded Pet Finder on index cards in her home office in NC; and her favorite – how she got her last dog “Darlin’. I found myself having to retell her own stories to her.

After her death in early 2020, as I was going through boxes of inherited family papers and photos I hadn’t seen before, I realized that not only had I never recorded her favorite family stories, but now I couldn’t ask her who was in the photos, or the stories behind them. I will always regret not making more of an effort to get more of her on video in those earlier years, when she was still lucid and happy.

I always thought I still had time, until suddenly I didn’t.

But amid the grief, I reached out to some storytelling groups and discovered an amazing community of people  – and I discovered that at heart I’m a “personal historian,” especially now that I’m the official “keeper of all the things” for the family. In late 2020, realizing that both Dad and Mom had tried to begin digitizing their photo collections in their retirement years, but never really got more than a few dozen photos done, I took on the monumental task of scanning ALL the old family photo albums I’d inherited from Dad, Mom, my grandparents, and my uncle. It was way better use of my time than trying to make sourdough bread during the pandemic!

20,000+ photos and scanned documents later, along with lots of learning curve on best practices, I’m able to share these digitized photos – many of which hadn’t been seen since the 1920’s –  with the rest of my family, and they are backed up in case of a natural disaster.

It was then that I decided to help others not make the same mistakes I had, and to help tell their stories while they still can.

I have so many friends and colleagues who have felt that similar sense of regret and loss of not having captured the knowledge and experiences of older relatives when they had the chance. I’m determined to help others preserve those treasured memories. Having worked in the senior community for over 5 years, I’ve learned how eager people are to talk about their lives, as well as how to help them open up, get them laughing, and ready to tell their stories.

Inspired by StoryCorps and the documentary “Lives Well Lived“, it’s time for me to bring together my television & video production background, my passion for family history and helping people share their stories, and my love of the senior community to enable them to save their life stories for posterity. I believe that everyone has a story to tell and that accomplishing that mission can be one of the most important things they ever do.

Oh, and the worst words in the world? “I never got around to it.”