Trillium Digital is excited to offer our newest service – affordable video storytelling for individuals, families, as well as business owners.

How do you want to be remembered? Your story is something precious, worth saving, sharing, and learning from. We’re here to capture the stories of a lifetime, before it slips away.

Whether it is personal or family history, business, non-profit, or institution history, we’re here to help create your own cherished memories.

What will be your legacy?

Let us help you tell your story.

“Your life story is the greatest gift you can give your family.”

But first, I’ll tell you mine.

The worst words in the world…

I come from a long line of family historians and storytellers. As a child I grew up hearing my grandfather telling stories about his father, but I never really payed attention because I was busy playing with my cousins. My mom and her brother took over the storytelling role when he passed away.

My husband and I moved a long way from our home in NC, where both of our parents still lived. We built a business and started our own family, and we came back down for summer vacations and and at Christmas, but the visits were always rushed, and more about family feasts and playing with the grandkids, and we never thought to get video of anything but the kids opening presents under the tree. On one summer trip in 2004, I went driving with my Dad to see his sister an hour away, and in the car we finally got to talk about his past, his time in Korea, and how he had just gotten into genealogy and was excited to be finding out about his family stories. I remember thinking while we were in the car how I wished I had a camera and could record our conversation. He had even located his grandparent’s old farm, and I asked him to take me out to see it, but the day got away from us and we didn’t go. “Oh well, when I come down next summer let’s do it” I said.
But the next summer he passed away before we could go; before I had a chance to get him on my new video camera telling me about his long-lost relatives.

When my Mom was diagnosed with cancer 5 years later I was determined to get her on video telling her favorite stories, and to identify photos from her childhood. I was able to get a few, and will always be thankful that we had that time together, but it wasn’t enough and we didn’t plan it out, so the video was blurry and the audio hard to hear. But at least I have something.

Mom moved to a senior living community closer to me in her later years, and I always intended I’d get some more video, but it never seemed like we could coordinate it when she was feeling up to it. I got lots of video of her enjoying group sing alongs, but not enough of the quiet moments in her room, just the two of us. “I’ll be sure to do it next time I come,” I thought to myself each time.  But then memory loss stole our chance.

After her death in 2020, as I was going through boxes of family papers and photos I hadn’t seen before, I realized that not only had I never recorded her favorite family stories, but now I couldn’t ask her who was in the photos, or the stories behind them. I will always regret not making more of an effort to get more of her on video in those earlier years, when she was still lucid and happy. I always thought I still had time. But amid the grief, I reached out to some storytelling groups and discovered an amazing community of people who do this too – and I discovered that at heart I’m a “personal historian,” especially now that I’m the official “keeper of all the things” for the family. In early 2021, realizing that both Dad and Mom had tried to begin digitizing their photo collections in their retirement years, but never really got more than a few dozen photos done, I took on the monumental task of scanning ALL the old family photo albums I’d inherited from Dad, Mom, my grandparents, and my uncle. Now I’m able to share those long-lost photos with the rest of my family.

20,000 photos and scanned documents later, along with lots of learning curve on best practices, I decided to help people not make the same mistakes I had, and to help them tell their stories while they still can.

I have so many friends and colleagues who have felt that similar sense of regret and loss of not having captured the knowledge and experiences of older relatives when they had the chance. I’m determined to help others preserve those treasured stories.

Inspired by StoryCorps, and with a passion for helping people share their stories, I believe that everyone has a story to tell, and that accomplishing that task can be one of the most important things they ever do. Having worked in the senior community for over 5 years, I’ve learned how eager people are to talk about their lives, as well as how to help them open up, get them laughing, and ready to tell their stories.

It’s time for me to bring together my television & video production background, my passion for family history, and love of the senior community to enable them to save their life stories for posterity.

The worst words in the world? “I never got around to it.”

Ready to get started? Click here for The Process, FAQ’s, and Pricing

Behind all your stories is always your mother’s story, because hers is where yours begins. 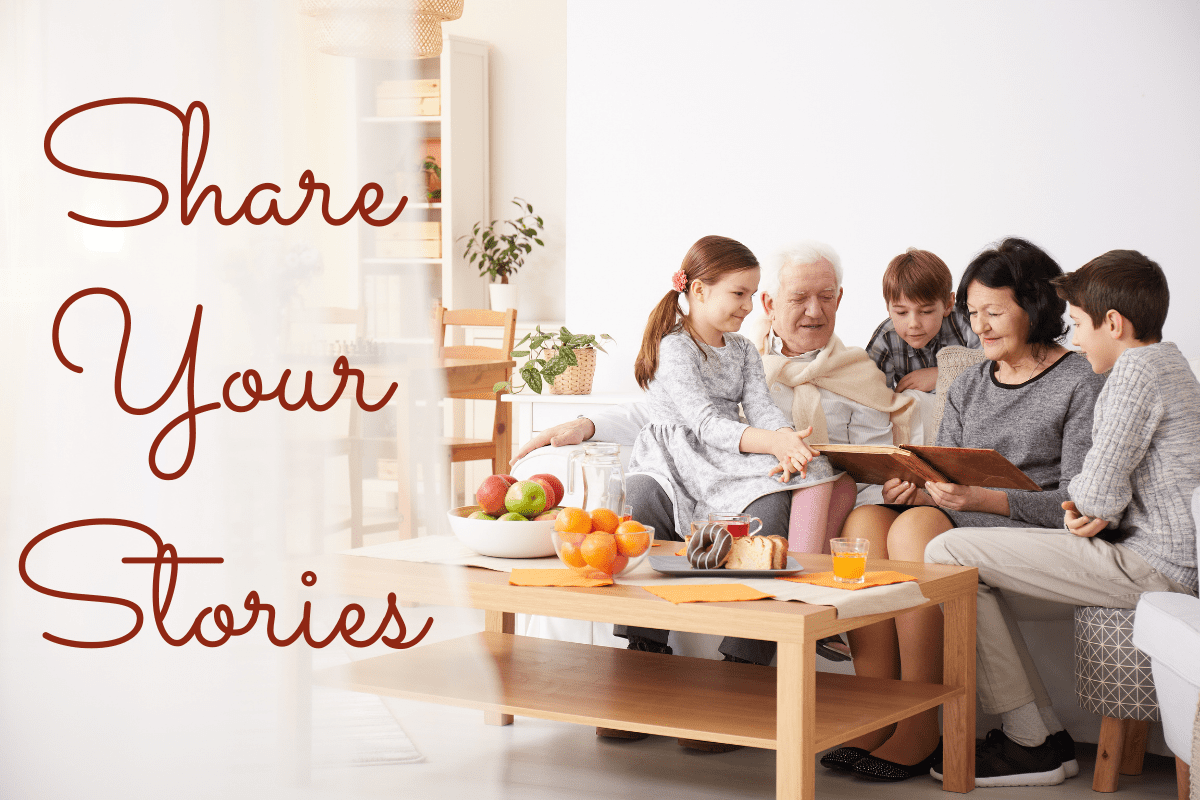 Other Services We Offer

Other Story Sharing Services we offer 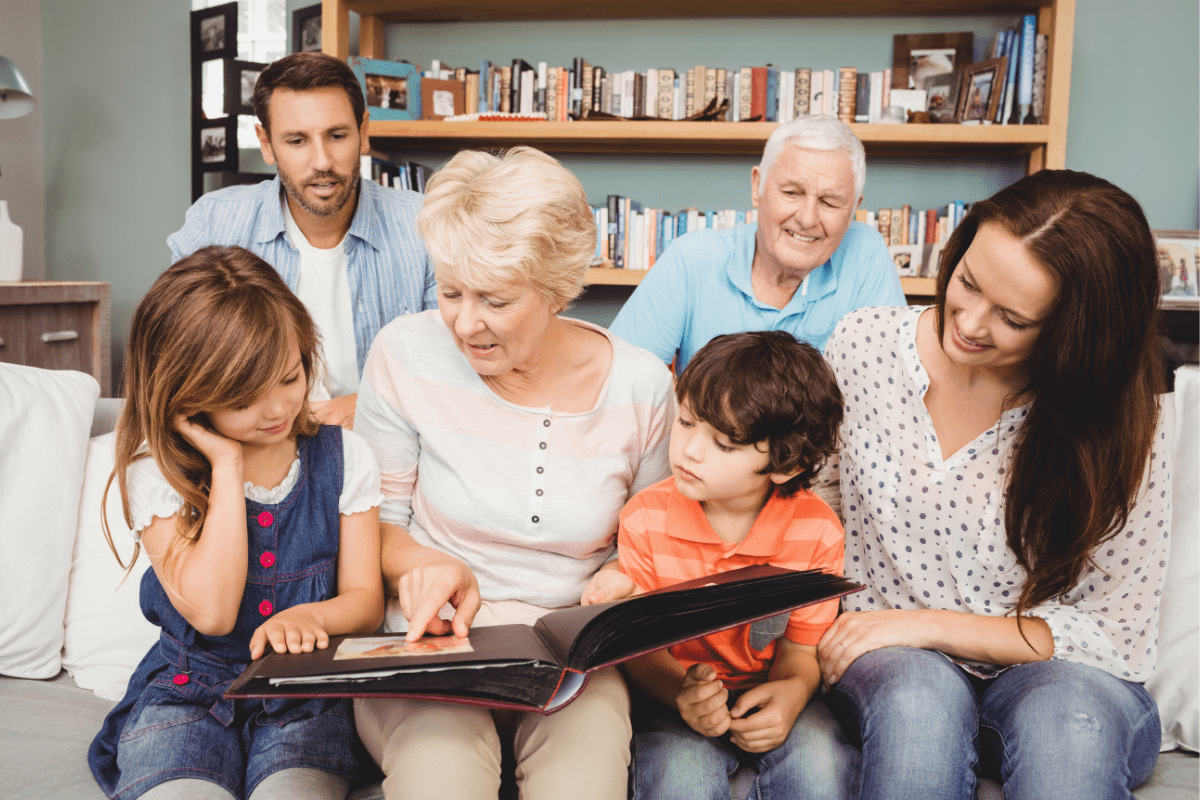 The truth about stories is, that's all we are.

What is a Personal Historian?

"When a parent dies, it's the end. I always wanted to chronicle the family history with my mother. I wanted some researchers to talk to my mother, but [she] was a little antsy about it. I know she would've gotten into it. But I wasn't forceful, and I didn't make it happen. That's one regret I have. I didn't get as much of the family history as I could have for the kids."